Account of a family in confinement (for the good of friends and family).

In these times of high alert for a health emergency, many Spanish friends are asking me how my family in Italy is faring and, vice versa, many Italian friends want to know what the situation is here in Badalona.

I didn't really want to dedicate any space to current affairs on this site, but such is the gravity of the situation that I feel it calls for breaking the rule in order to let you all know at once.

My family and I (my wife Dori, my 12 year-old daughter Sara, 5 year-old son Nicola, with Leo the cat and Mar the tortoise in tow) up to now, March 21, 2020, are fine. We've been confined to the house since the afternoon of Thursday, March 12. Since then, we've only left to take out the rubbish, and once to buy bread. We're doing our shopping online and - unless there are any connection or supply problems - will keep doing so until further notice.

Everyday life in our apartment, which is about 75 meters-square with no terrace or garden, isn't always easy. I am lucky to be more than used to this regime of segregation, on the one hand because I've been working remotely for over ten years, and on the other because I am deeply misanthropic anyway. As someone whose name I can't remember said, “I have enormous faith in people, but very little in persons”.

So, whereas I struggle on through by maintaining the same sedentary lifestyle as ever, for Sara, who has activities four times a week (including dancing, skating and swimming) this forced reclusion is harder than she lets on. She draws a lot, follows an endless stream of online courses and tutorials, and joins my wife for yoga and gymnastics sessions.

Dori, a primary school teacher by profession, has also had to give up a rather crammed routine: Tai Chi, meditation, Bollywood dancing, and English lessons (though these are being substituted with online sessions). All this and still not counting the fact that she's used to being in close contact with kids, parents and colleagues, contact that was completely interrupted from one day to the next.

Finally, Nicola, who - since he is unable to grasp how serious the situation is on a rational level - is getting rather impatient and is expressing it by being slightly more “rebellious” than usual.

We are lucky in all of this, because - as it happens - I am still able to manage my translation agency as well as I could from the office (at least, as long as the work keeps coming in). Meanwhile Dori, as a worker in the public sector, continues to receive her salary. Workers from other sectors, especially the health sector, are under a huge amount of stress. And that's without counting all those who have been fired or have had to claim benefits because their businesses have closed or activities have been paralysed as a result of the global lockdown.

As for my family in Brescia, all is well on the medical front. My parents are fine for now, they have been confining themselves to the house since even before the lockdown was enforced, as has my brother and his family. Unfortunately, some relatives have tested positive for the virus (I won't specify who out of respect for their privacy), but even in those cases, it seems the most critical moments are behind us. I say this tentatively, of course.

The situation in the city's hospitals is very complicated, almost at breaking point. The same thing is happening in Bergamo (about fifty kilometres away) and in many other parts of Lombardy, one of the epicentres of this pandemic. All it takes is a brief look through the local papers to see the extreme conditions that healthcare staff are working under, and the catastrophic number of the deceased.

Some things to consider with these facts in mind. We're all virologists, epidemiologists and aspiring statisticians these days. I can't pass up the chance.

“In your opinion, what was the greatest invention or discovery of the century? Was it a drug? A diagnostic instrument? Of course not, it was without a doubt the Internet. Information technology. The new Magellans of the digital age. Global communication. Why would you even ask, don’t you use the Internet?”

Far beyond the respite that streaming sites and social networks are giving us in these days of solitude and worrying for our loved ones, without the web there would be no coordination between scientists, there would be no data sharing, none of the measures put in place to continue running basic services (like education, to give just one example, despite its limits) would exist.

I’m just judging by what I’ve seen in the past and am seeing now. Many professionals from across various sectors have had real difficulty setting up video calls, using streaming or co-working tools, and even just in general when it comes to setting up their department or office with the tools for working remotely. I’ve heard of people who have been forced to go back to the office, at this already critical time, just to finish setting up remote connections or other access systems. Not to mention the sheer number of teachers who are having to make up for lack of IT skills with their own imaginations and creativity.

These shortcomings also highlight just how casually such systems are set up for minors by people who have absolutely no idea of the risks. I’m thinking of the many “123456” passwords and of how many have been forced to register accounts with private companies who now - thanks to the virus - will have all of our children’s data. I’m the least paranoid person in the world when it comes to these things. I don’t believe there’s a hacker just waiting to steal my (and their) data, but I can’t help but feel a certain shiver of discomfort when I realise that these kinds of problems aren’t even minimally considered by those who should, at the very least, be aware of them.

As for the physical capacity of the Internet in itself, I couldn’t possibly comment, I don’t have the tools. I just hope it holds up. And I very much hope that this experience is enough to convince legislators that access to the Internet should be considered a fundamental right, just like access to water and electricity. In this way, I can only encourage everyone to sign up to their local ISOC chapter of the Internet Society, whose vision is, essentially that:

The Internet is for everyone.

(Currently in Italian only) 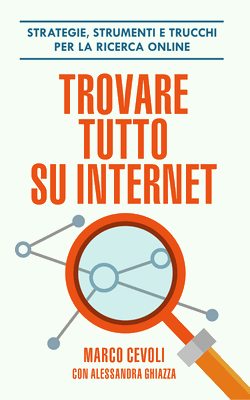